Why not love three Corgis while you are at it?

I never thought that I would have a dog, and more than one was definitely never in the cards.  Imagine wondering what it would be like to have 3 dogs.  It is quite awesome, but I highly doubt that anyone would even think about it.  It just doesn’t make sense. 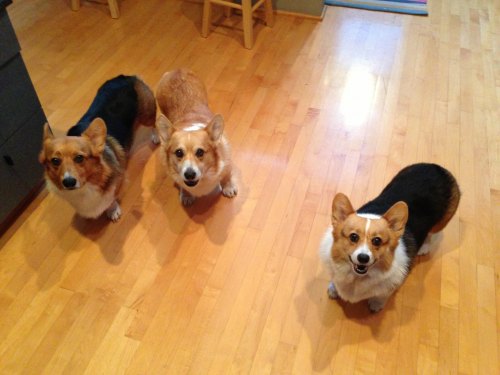 Hambone was the first.  I got him to keep me company when I was at home alone.  It was the first time I had ever had a pet.  My parents were so anti.  But what was weird is that my Dad loves dogs!  I don’t know.  Anyway, when Hambone was 5, we got Cupcake.  They didn’t really get along as I had thought.  I think Hambone was sad that he was not the center of attention any longer.  He grew to love Cupcake. 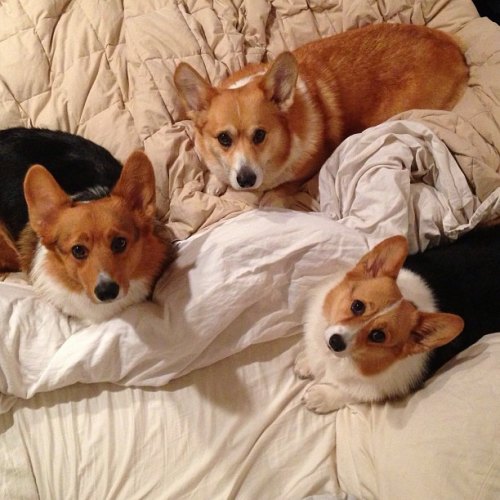 She was a gift for our 5 year anniversary.  Big commitment I would say.  Man, Cupcake was a real pisser.  She was difficult to house train, well, as compared to Hambone who came home completely trained, I may not be fair here.  But, I certainly became an expert on crate training, in which I highly recommend. 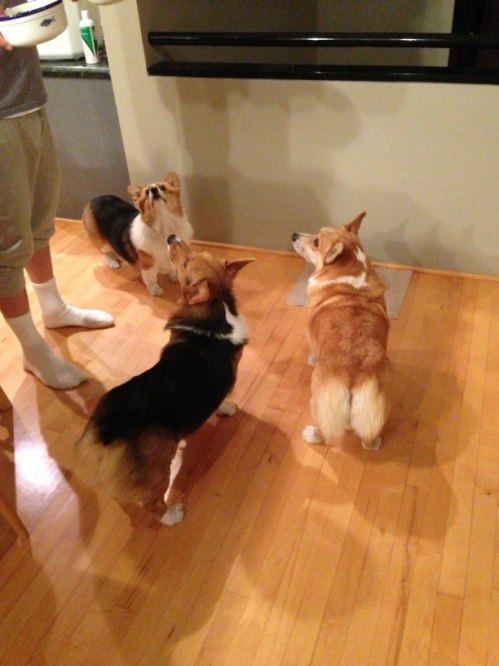 Then, as we decided to not have children, and that is another story, I was given the gift of Wolfgang.  He absolutely loved Cupcake.  They were only 3 years a part.  They run around together, chase each other, pretty amazing.  Hambone is pretty much indifferent; however, you can tell that he always wants to know where these guys are.  He pretends he doesn’t like it, but he’s always in the mix.

The funniest about having three is the way Wolfgang gets blamed for everything.  Whenever something gets chewed, we automatically look at the youngest.  Sometimes, I have my doubts.  I would love to get a nanny cam some day to spy on these guys.  I have a suspicion that it’s not just him. 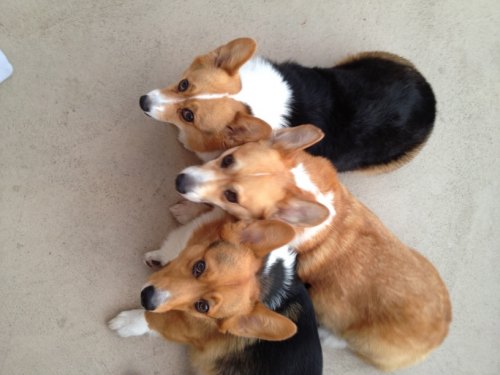 1 thought on “Three Corgis are a handful of love”